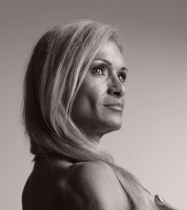 3/24/2007 Photographer Anna won Second Place for February 2007 in the prestigious photography contest sponsored by BetterPhoto.com, the site's founder, Jim Miotke, announced Saturday. More than 21800 entries were submitted to the online photography contest, which attracted contestants from around the world and featured 10 separate categories. Anna's stunning image, "Elephant's love...", garnered top honors after being submitted in the Monthly Theme category.

Update
Photographer Anna has placed as a finalist in July's 2007 BetterPhoto Contest! Over 31400 photos were entered into the competition; it is an honor to have your image selected among the top 911 finalist photos. Anna's finalist photo: geometry-of-music can be viewed - along with all of the finalist images - at:
http://www.betterphoto.com/gallery/dynoGall2.asp?catID=18195